Fall is right around the corner, which means that college football season is nearly here. If you are as excited for college football as the team at Borracha is, then you know this time of year is a big deal for USC fans. Here at Borracha Mexican Cantina, a Green Valley Restaurant we are proud to be the official home of USC football, which means we will have every game this season right on our big screen.

In addition to being the most lively USC fan bar in the area and being your new go-to meeting spot for all of the games, Borracha is going to be offering drink specials during every USC game. Every time the Trojans score a touchdown, all the USC fans in the bar get a free tequila shot.

Of course, since this is Borracha, you can expect a lively atmosphere and some of the most fun football fans in all of Vegas. We also have plenty of great entrees, tacos and traditional Mexican cuisine as well as apps that are great for sharing with your fellow USC fans. We also have plenty of beer on tap, numerous tequila options and a huge menu of specialty craft cocktails that are perfect for the game time atmosphere.

During the entire football season, including both college and NFL football games, we will also be running beer specials—with $5 draft beers all season long. This means even if you are rooting for another team this season—Borracha is still one of the best spots in the city to get in on all of the football excitement. 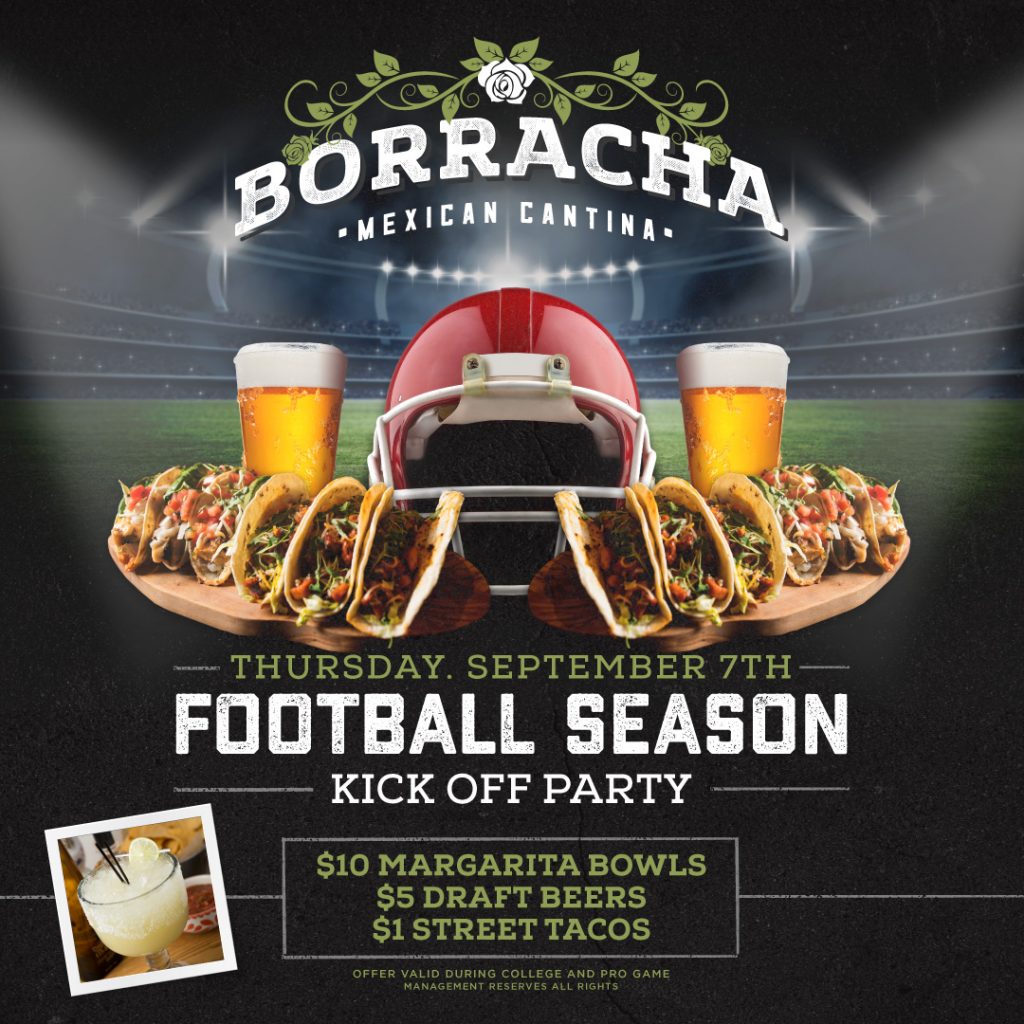 Don’t forget that the Trojan’s official schedule kicks off Saturday September 2nd when they play Western Michigan at home. It is the perfect prep game before they take on #14 Standford the following Saturday night. We of course will have these games and all of the USC games playing live, so make sure you come down to Boraccha and join other big USC fans for the big event. We will be here all season long cheering the Trojans on to victory—don’t worry we will be saving you a seat for the next USC game right here at Borracha.