We celebrate Mexican traditions in a big way here at Borracha – after all, Mexico inspires everything here, from our flavors and dishes to the décor in the restaurant. Mexican holiday traditions are particularly fascinating, and maybe you’ll even want to bring some Mexican Christmas traditions into your own home this year.

In the nine days that lead up to Christmas Eve, Mexicans celebrate with traditional fiestas called “Posadas.” Groups reenact Mary and Joseph’s journey to Bethlehem with songs, carols, pinatas, and candlelit processions.

During the Posadas, homeowners decorate their houses’ exteriors with evergreens, paper lanterns, and moss. Children travel through the streets, singing a song about Mary and Joseph outside of each home. Much like Mary and Joseph were turned away from shelter, the children are turned away from each home. Eventually, a home welcomes the children in, where they celebrate with prayers of thanks, a party, and fireworks.

Many parties incorporate pinatas, a game that is highly anticipated by the children. Pinatas consist of decorated clay or paper-mache jars that are decorated and then filled with sweets. Often, pinatas are adorned with seven spikes to represent the seven deadly sins. Sometimes they’re crafted in the form of an animal.

When it’s time to break the pinata open, blindfolded children take turns trying to hit the pinata with a stick. Then, the rush is on to scoop up as many treats as possible.

Pinatas are a longstanding tradition in Mexico. The Spanish brought pinatas with them to the country, but the Aztecs also used clay pots in a similar fashion.

Nativity scenes are also highly popular. Figures are frequently life-size, and sometimes the nativity scenes are so large that they consume an entire room in a house. In addition to the traditional figures of Mary, Joseph, Jesus, the Shepherds, and the Three Kings, Mexican nativities often include other figures, such as people making tortillas or selling food. Different animals are often common, including flamingos. 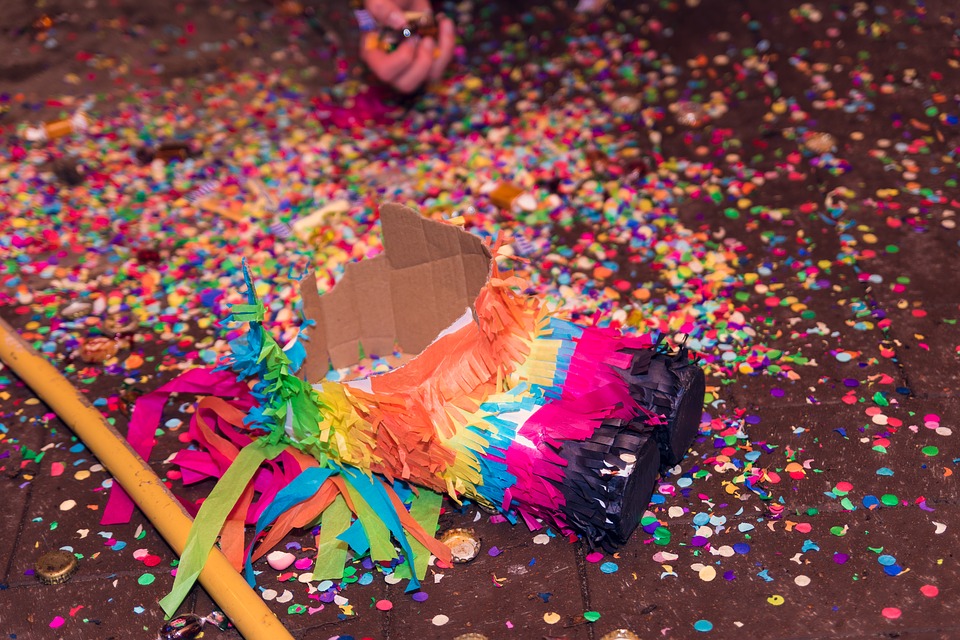 Christmas Eve is referred to as “Noche Buena” in Mexico. On Christmas Eve the last Posada is held, then many people have a Christmas meal. Dishes such as roast turkey, tamales, and roast pork are popular choices. Desert often consists of fried pastries sprinkled with sugar and cinnamon.

Many people attend a Midnight Mass. And, there are plenty of fireworks to celebrate the holiday.

Day of the Innocent Saints

Celebration doesn’t end with Christmas, though. On December 28th, Mexicans celebrate the Day of the Innocent Saints, called “los santos inocentes.” This holiday is similar to April Fools Day. During this holiday, people remember the babies that King Herod ordered killed when trying to kill baby Jesus.

January 6th marks the celebration of Epiphany, known as “el Dia de los Reyes.” During this holiday, children know to leave their shoes on the windowsill at night. Then, when the Three Kings pass through Bethlehem, they fill the shoes with presents or candy.

A “Rosca de Reyes” cake is a traditional cake for this celebration, and a baby Jesus figurine is hidden within the cake. The lucky person who gets the piece of cake holding Jesus is deemed Jesus’s “Godparent” for the year to come. 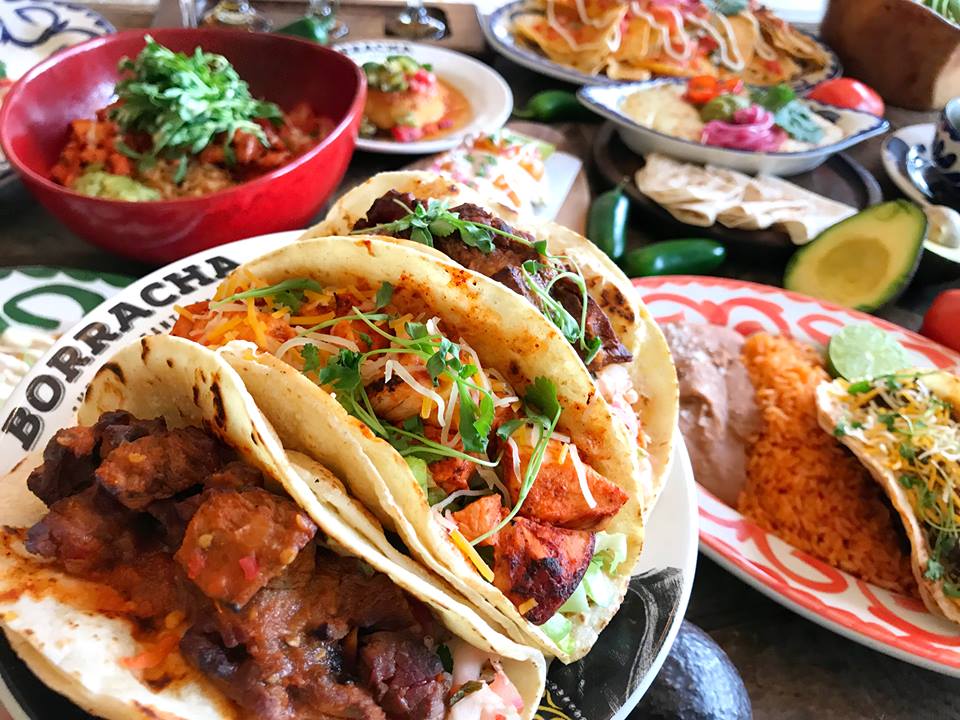 This year, Christmas falls on a Tuesday – which means you’re in for a treat when you join us to celebrate at Borracha! We’ll be having our Taco Tuesday special event on Christmas. Join us and, for just $24, get all-you-can-eat tacos, Sauza Blue Tequila, and margaritas!

You’ll feast on delicious tacos that are packed full of flavor. Our traditional tacos are available on crispy or soft flour or corn tortillas, and some with shredded lettuce, a cheddar/jack cheese blend, arbol sauce, and Cholula sauce. Traditional tacos are available in Al Pastor Chicken, Carne Asada Steak, and Grilled Mahi Mahi varieties, so you can choose the exact taste that you’re craving.

Or, try our street tacos, which are made with corn or flour tortillas. Served with pickled vegetables and crispy chips, these tacos are available in Achiote Chicken, Carne Asada Steak, and Al Pastor Pork Varieties.

Our Taco and Tequila special offers great value, since you and your family can eat and drink affordably this Christmas. You’re guaranteed to leave feeling full and satisfied, and Borracha offers a festive setting where you can celebrate this special holiday.

At Borracha, we have a family-friendly atmosphere and welcome you and your children for a Christmas celebration. Get a great deal on a meal for the entire family, and come celebrate with us this holiday! We can’t wait to see you.