Borracha is on a mission to deliver delicious plant-based menu options to our many vegan diners. The sad fact is that vegan diners don’t typically get to enjoy a lot of great Mexican food. After all, the tendency for most Mexican eateries is to be quite heavy-handed with meat and cheese. At Borracha Mexican Cantina, however, we’re very aware that more and more people are switching to a plant-based diet for ethical or dietary reasons (or both), and we want them to have plenty of options on our menu to enjoy.

To help realize the goal of an inclusive menu that satisfies all kinds of diets, the Borracha menu has been developed to include a number of vegan options. Our vegan food offerings are creative, innovative, and perhaps most importantly, highly delicious. Even non-vegans have been raving about the results!

In this post, we’ll take some time to introduce you to what a vegan diet actually means, and how Borracha can help you maintain it with our tantalizing plant-based menu offerings.

What does “vegan” mean, anyway?

First things first. There’s actually quite a bit of confusion about what vegan means and doesn’t mean, so let’s clarify. To identify as vegan means that someone has made a decision to avoid eating all animal products. To clarify a common misconception, a vegan diet does differ from a vegetarian diet. While a vegetarian avoids meat products, they might still eat eggs, cheese, and dairy. However, a vegan would avoid any items that come from an animal.

While there may be any number of reasons why someone would become vegan, the most common reasons are typically ethical, dietary, and often both. Particularly when someone is vegan for ethical reasons, they will also avoid animal products which aren’t food, such as leather garments or products which have been tested on animals.

Benefits of a vegan diet

There are many benefits that can come as a result of switching to a vegan diet. Among them are weight loss (plant-based foods are often significantly less calorie-dense than animal-derived products), improved digestion (plant-based products typically include a lot more fiber), just to name a few. For many, the result of following a vegan diet is improved health by way of energy, vitality, and overall wellness.

However, you don’t have to be a vegan all the time to receive the benefits of a plant-based diet. Many people who aren’t ready or willing to give up meat will follow a sort of “vegan sometimes” regime, wherein they might follow a vegan diet a few days a week or for certain meals. Even a more moderate vegan diet like this can have positive results on your health.

As previously noted, many Mexican eateries rely heavily (perhaps too heavily in some cases) on meat and cheese for flavor. At Borracha, we consider this a very limited way to look at Mexican cuisine. We focus on sourcing the best quality produce and ingredients that we can. This means that we have plenty of plant-based items to work with! Our chefs have created a number of creative and delicious vegan options for your dining enjoyment. 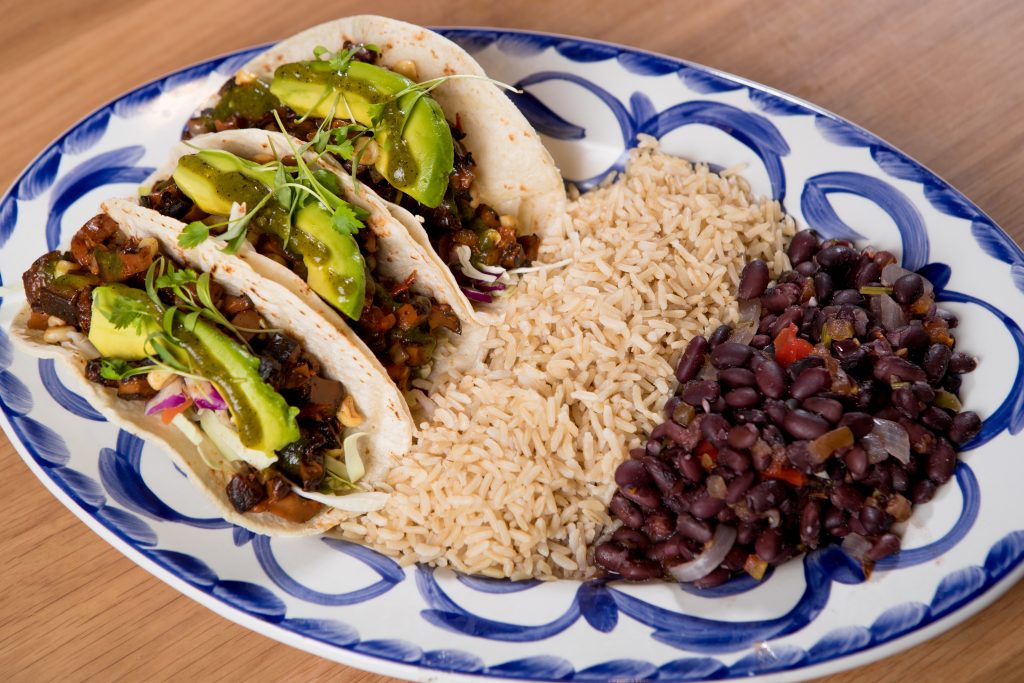 Want to hear more about what we offer as vegan dining options at Borracha? Here’s a roundup of the incredible vegan options on our menu:

Coconut ceviche: Yes, you read that right: a vegan ceviche option! While ceviche is most famously made with raw fish which is cured using an acidic ingredient, we’ve invented a creative vegan version of this classic Mexican appetizer. Our coconut ceviche has a substantial texture and a delicious flavor, prepared with a coconut serrano dressing and served with crispy plantains.

Veggie fajitas: Our flaming tequila fajitas are legendary. In addition to traditional versions like chicken, shrimp, and steak, we also offer an option for vegan diners which is made with veggies. It’s substantial, flavorful and delicious.

Grilled vegie tacos: Pretty much everyone can agree that tacos are a delicious and perfect foodstuff. If you’re vegan, you don’t have to miss out on taco bliss at Borracha! Our grilled veggue tacos are served with grilled zucchini, avocado, black beans and brown rice. Their flavor is completely addictive, and they taste perfect with a margarita (or two). 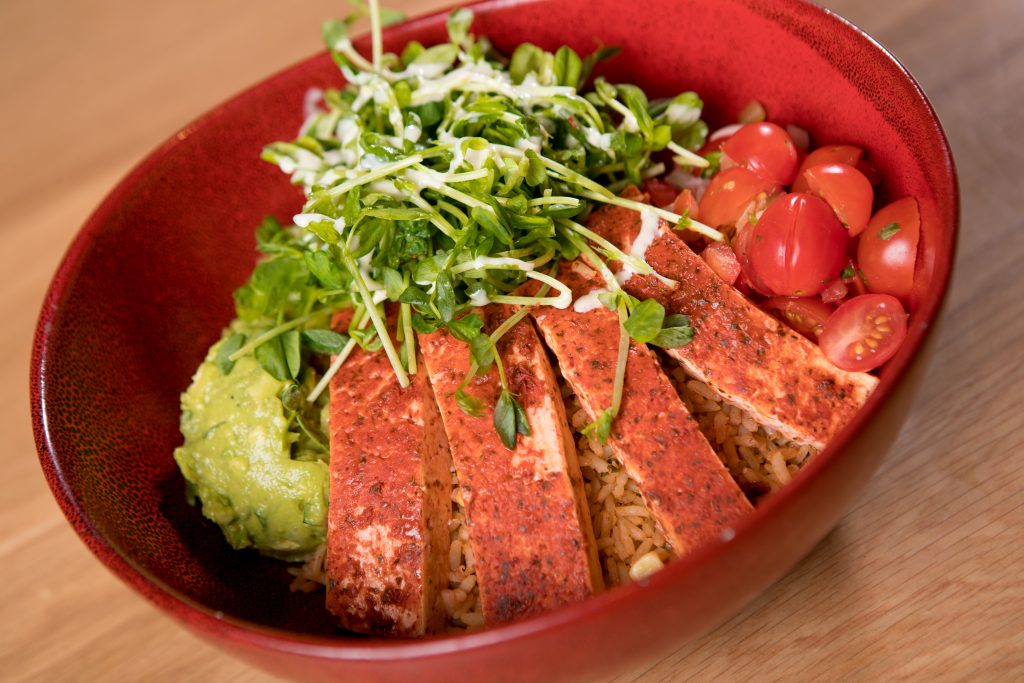 Tips and tricks for maintaining a vegan diet at Borracha

In addition to our specific vegan options, here are some tricks for maintaining your vegan diet at Borracha (bookmark this because many of the tips are helpful for visiting our other venues, too!).

Looking for the best vegan Mexican Restaurant Las Vegas options? Look no further than Borracha Mexican Cantina to enjoy the many creative and tasty vegan options we have on offer.

Have you ever sampled vegan Mexican cuisine?