Crazy. Eccentric. Freaks! On the third weekend of June, an annual carnival takes place that welcomes—nay, celebrates—the “crazies” that lie within each of us. Dia de los Locos, is a day that encourages our madness to express itself in costumes, satire, folklore, and music.

In the baroque town of San Miguel de Allende, in Mexico, this colorful festival—officially named San Antonio de Padua Festival—swoons the expressive soul to detach from normalcy and beguile them into celebrating the bizarre. The motley ritual careens through the gothic town to the beat of amped-up music, thousands of satirical costumes and masks of politicians, cartoon characters, actors, and monsters would seem to be profane, but this elaborate festival actually has profound religious influence. 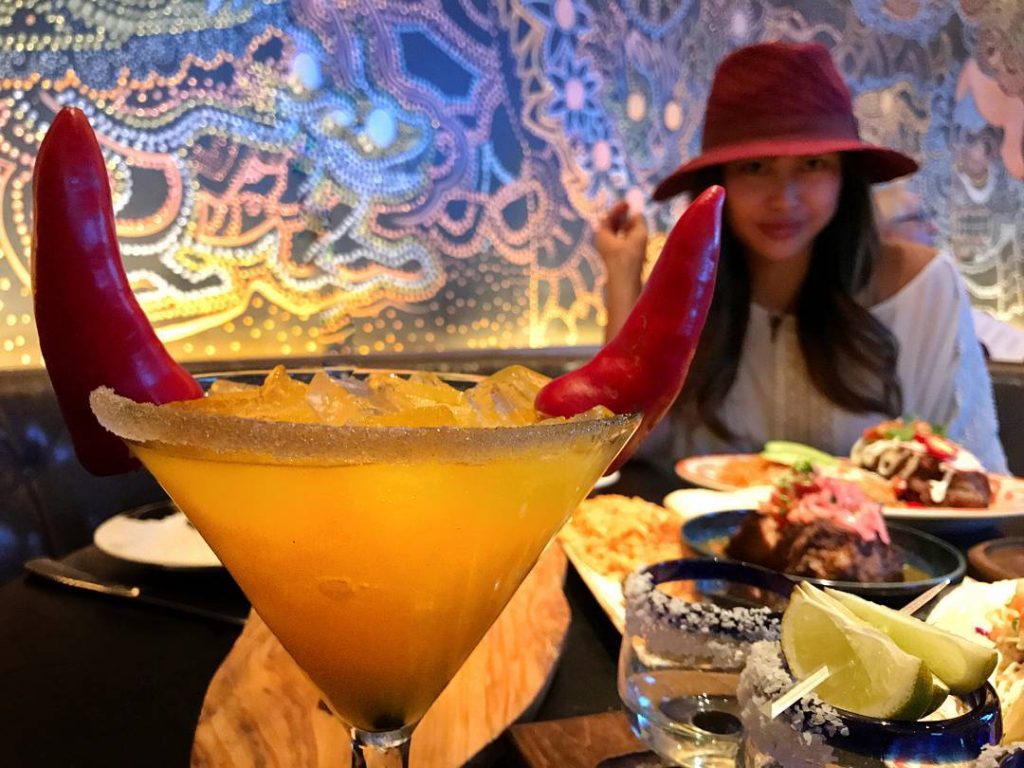 Praying to the Saints

To understand what a Patron Saint is, we must harken back centuries, when the first Roman Catholic churches emerged and fought against paganism. However, Roman Catholic doctrines such as prayers to the dead and to relics, etc. are doctrines actually derived directly from ancient Babylon. The process by which someone becomes a saint is called canonization; according to the church, the pope does not make someone a saint, the designation of sainthood only recognizes what God had already done.

The practice of adopting patron saints had spread to understand the life, workings, occupation, and influence of the canonized saint, for example, Saint Joseph became the patron saint of carpenters; Saint Cecilia, of musicians; St. Francis of Assisi, of animals, and so forth. In short, Saints were usually chosen as patrons of occupations that they had held in life.

It’s not precisely known exactly when this festival originated. It is said it all started with the town gardeners worshiping to the saint during the days leading up to the harvest, as offering, they would perform various dances. These dances provoked curiosity among citizens who came to see the movements of these apparently crazy lunatics, or “locos”. Over time, the gardeners began to dress up as scarecrows to scare off the crowds of curious onlookers so they could dance in peace.

The festival’s namesake takes after San Antonio, the patron saint of the lost. From finding yourself spiritually, to finding a wristwatch, or even a lost lover, San Antonio is whom you beseech to find what has been absent. Dia de los Locos is a celebration of finding our inner strength to let go of normality in the company of other eccentrics that find acceptance and inner peace in chaos and madness.

Get Loco with our Signature Cocktails 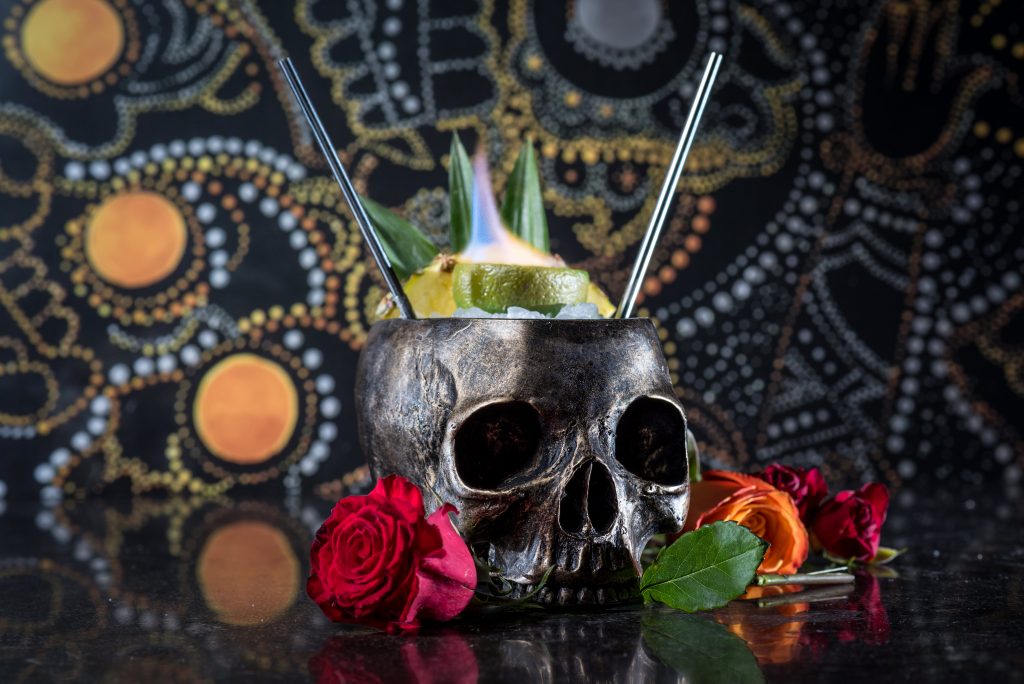 The festival in San Miguel is quickly approaching, this Sunday June 18th, so for those not able to join, we here at Borracha Mexican Cantina will always celebrate the loco that sleeps within; awaken your crazy with our signature cocktails, like fan favorite, Heat of the Moment, for the hottest and bravest locos—made with Casamigos Blanco Tequila, Orange, Lemon, Red Bull Red Edition, and garnished with devilish-chilli horns.

One-Eyed Willy, an eye-catcher perfect for Instagram; this beautiful cocktail is a mix of Botran Reserva Rum, Hennessey, and aged 151 with passion fruit, pineapple, hibiscus, and all your tropical dreams (big enough to quench two locos). Drink, and feel the madness coarse through your bones… and your head. 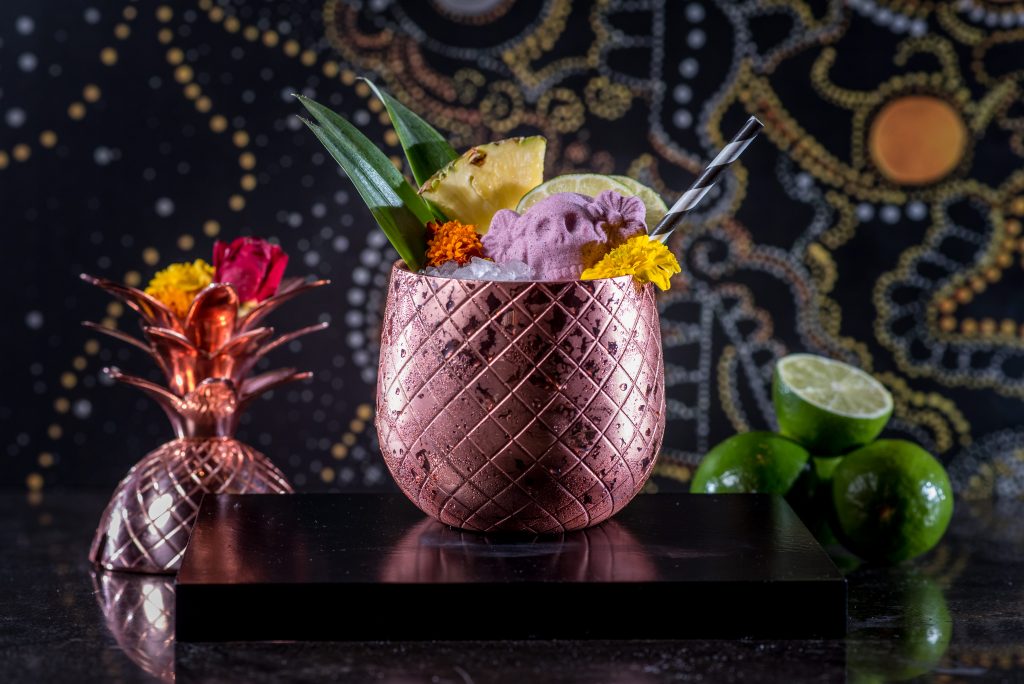 For your most tropical fantasy, try our Pinche Piña, made with Absolut Elyx Vodka, Pineapple Chili Shrub, Velvet Falernum, Lemon, and Seltzer, served in a gorgeous, chilled copper Pineapple.

San Miguel de Allende is considered one of the most beautiful cities in Mexico and is protected as a World Heritage Site by UNESCO. The appropriate baroque and neo-gothic setting gifts travelers a glimpse into its Spanish history, and Its enchanting architecture might make you feel the magic that is born from madness. If you want to experience the most anticipated festival in Mexico, make sure you mark this on your bucket list for June 17th, 2018.